Hudson’s Bay Co. (TSX:HBC) stock has been nearly uninvestable over the last few years amid strong headwinds that continue to mount for the broader basket of big-box retailers. The company has been slow to adapt, and although the Retail Strategy and Transformation Plan brought forth by new CEO Helena Foulkes may seem like a means to turn the ship around, the fact of the matter remains that the younger generation of shoppers like millennials just aren’t interested in roaming around a massive big-box retailer like Hudson’s Bay.

After failed attempts to stop the bleeding, Hudson’s Bay is finally starting to ramp up store closures with 10 U.S.-based Lord & Taylor outlets slated to shut down and the Gilt online division to be sold, according to management, following the release of the company’s underwhelming Q1 fiscal 2018 earnings report.

For the first quarter, Hudson’s Bay saw its losses steepen to $400 million, nearly doubling the losses suffered during the same period last year. Adjusted net losses, excluding one-time items, were clocked in at $286 million, falling short of the consensus estimate of $200.5 million.

Shares of Hudson’s Bay plunged as low as $9.61 to start the day before rebounding back to the mid-$10 levels to finish the day down by just 1.51%. It appears the general public is somewhat optimistic about management’s strategic direction, despite the abysmal results, as suggested by the huge intraday movement in shares.

The negative momentum could be too much to handle

Although Hudson’s Bay is one of Canada’s oldest and historic retailers, it’s clear that Canadian consumers have moved on to more innovative retailers that are better catered for the modern consumer.

As the negative momentum continues to steepen for Hudson’s Bay, it’s not too far-fetched to think that the company could become the next big-box chain to go belly up over the next five years, as the pressures continue to mount.

While Foulkes may have a wealth of experience as a turnaround specialist, I’m not at all optimistic about the revival plan at this point in time and think that significant investment in turning the retail business around could eat into the value of the underlying real estate assets, as they’re sold to finance transformation initiatives that I believe have a high chance of failing.

Until convincing evidence of a turnaround works its way into the financial results, I’d continue to avoid the stock. Do you want a passive way to invest? Be like Warren Buffett and just buy and hold these quality stocks… 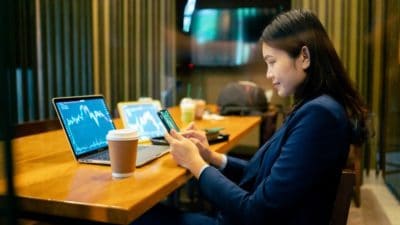