Home » Investing » Forget About Aurora Cannabis Inc. (TSX:ACB): I Prefer This Growth Stock for My TFSA

So far, like many other cannabis companies, Aurora Cannabis has trouble posting profit consistently, which can cause the stock to fly all over the place. For example, all within 2018, Aurora Cannabis stock lost more than half of its value, and then it more than doubled before falling again by about a half.

Sure, Aurora Cannabis can be an excellent trading stock, but it may be too dizzy of a volatile roller coaster ride for certain investors. Personally, I prefer Spin Master (TSX:TOY) as the growth stock for my TFSA right now. 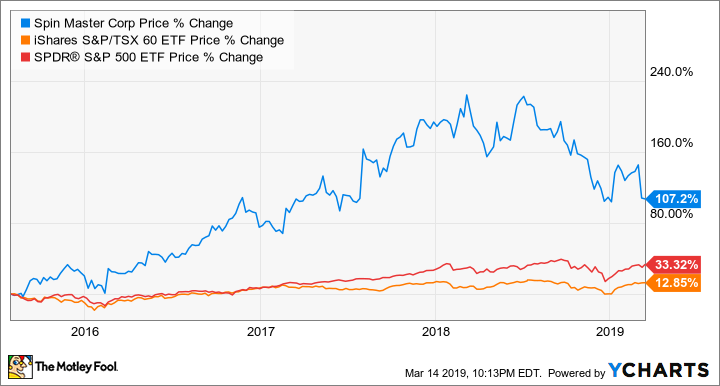 The market simply hates Spin Master after it had a horrible fourth quarter. What used to be its largest segment in Q4 2017 — the Remote Control & Interactive Characters segment — saw gross product sales fall 46%. The segment included previously hot-selling brands (e.g., Hatchimals, Zoomers, and Air Hogs) whose sales simply fell off the cliff. (Perhaps sales were outrageously successful in Q4 2017.)

Thankfully, Spin Master experienced gross product sales growth in all other segments, which picked up the slack and offset most of the sales decline for the one poor segment. Overall, the company ended with revenue decline of 6% for the quarter. 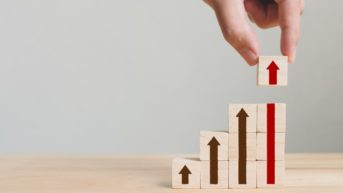 Spin Master is a proven innovator and is highly profitable

The growth company is led by co-founders Ronnen Harary and Anton Rabie who have guided the company to the success it is today. They still own huge stakes in the company. It’s not a matter of if, but a matter of when Spin Master will come out with the next big win.

By the way, Spin Master doesn’t just make toys. To date, it has also produced eight television series, including the recently relaunched Bakugan Battle Brawlers and current hit PAW Patrol, which is broadcast in more than 160 countries and territories around the world.

Additionally, Spin Master’s app revenue has experienced tremendous growth thanks to its foresight of making a couple of acquisitions in 2016.

Despite a bad quarter, Spin Master still posted a decent 2018 with revenue of US$1.6 billion and adjusted EBITDA of US$303 million. Net margin was 9.5%.

Spin Master had a bad quarter, but it’s only a matter of time before management rights the ship. Now is a great time to start accumulating Spin Master stock for future growth before the company comes out with the next popular thing.

Investors may be able to grab the stock at a cheaper price over the next six months, though. So, there’s no need to back up the truck just yet.

Currently, Thomson Reuters has a 12-month mean target of US$37.20 per share on Spin Master, which represents more than 30% near-term upside potential.