Inter Pipeline (TSX:IPL) stock has been soaring over the past three months, rising by more than 20%. It has been on a tear, especially with rumours floating around that the company has been the target of a takeover. That has pushed the stocked to a new 52-week high, as it reached over $25 a share.

The danger for investors, however, is if nothing materializes as a result of the rumoured deal. The excitement surrounding a possible offer of $30 a share has put the stock in a frenzy, but it’s also at the risk of a possible correction.

Like many oil and gas stocks this year, Inter Pipeline stock has often traded within a range and not been able to sustain or build on any momentum. The volatility in the industry has kept investors from being too bullish on oil and gas stocks.

Why the stock could continue to rise in value

Although the temptation might be to believe that Inter Pipeline is now overpriced as a result of the boost it received recently, it could also be that it has simply prompted investors to take a second look at the stock and realized the value that’s there. The company’s price-to-earnings (P/E) ratio in recent years suggests investors are still not paying much for the stock: 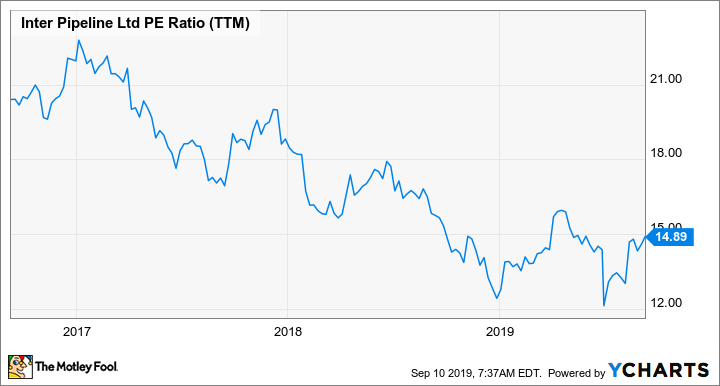 Over the past four quarters, Inter Pipeline has achieved an earnings per share of $1.68. Even if the stock were to be valued at a P/E of 18, which is where it was at during most of 2017, and often higher, that would value the stock at more than $30, which is much higher than where it is today.

However, whether investors are still willing to pay that much of a multiple for an oil and gas stock is the question, as the level of risk involved, and the uncertainty has likely resulted in the P/E multiples coming down. If we look at the company’s price-to-book (P/B) multiple, we see a similar story: 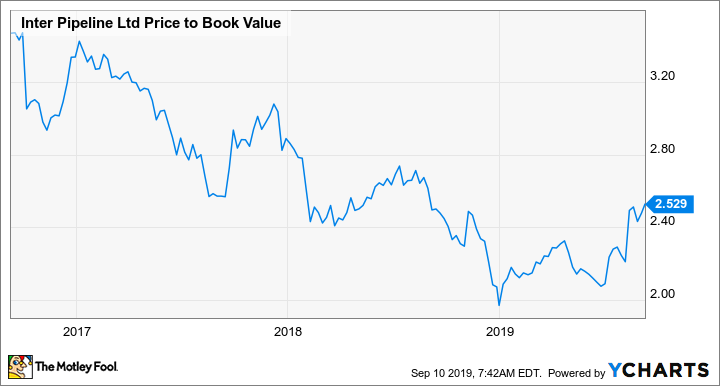 There’s an  undeniable relationship there as we can see both P/E and P/B multiple going in relatively the same directions, which is confirmed by the following chart: 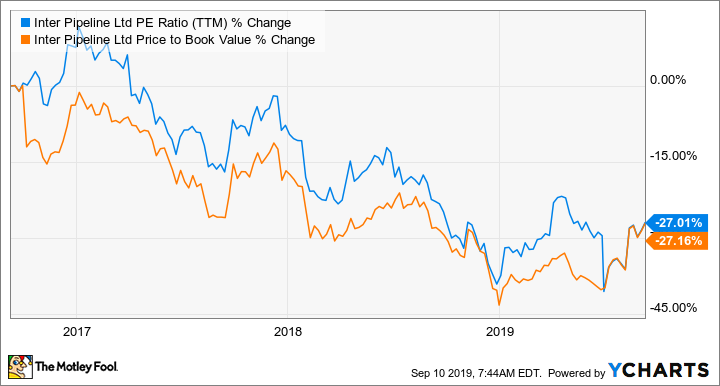 From an investor’s point of view, although the stock is still trading at relatively lower multiples than it has in the past, that could just be indicative of the risk involved and investors adjusting what they’re willing to pay.

The recent bump up in price could very well be short-lived, especially as we’ve seen a downward trend in multiples over the past few years. Without a clear reason as to why there would be a lot more optimism in the industry, it’s hard to see a scenario where Inter Pipeline stock stays elevated at its current level — unless there is an actual offer that is made for the company.

While the takeover rumours injected some life into Inter Pipeline’s share price, there’s definitely a good possibility that the stock will return to recent P/E and P/B multiples if nothing ends up happening. However, it could still be a great option for investors looking for a solid dividend.