Large-cap stocks get all the limelight. There are more bargains to be found in the small-cap space.

Here are two small-cap stocks that have had recent strong insider buying, which suggests they could be great buys today.

The book values of both Tidewater Midstream & Infrastructure (TSX:TWM) and Birchcliff Energy (TSX:BIR) have remained quite stable, while their price-to-book multiples are trading at historic lows, but they come with high volatility. 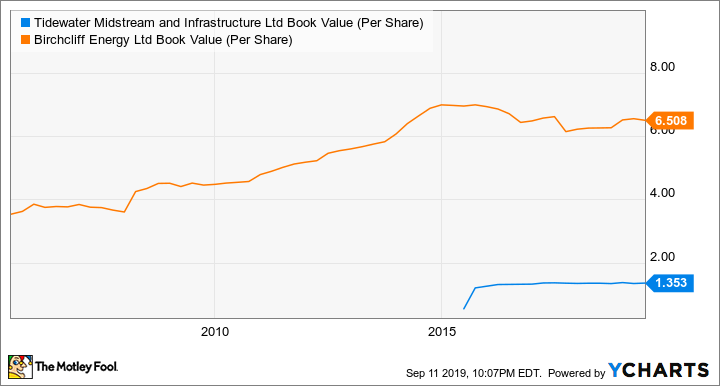 Data by YCharts. Book value per share is quite stable. 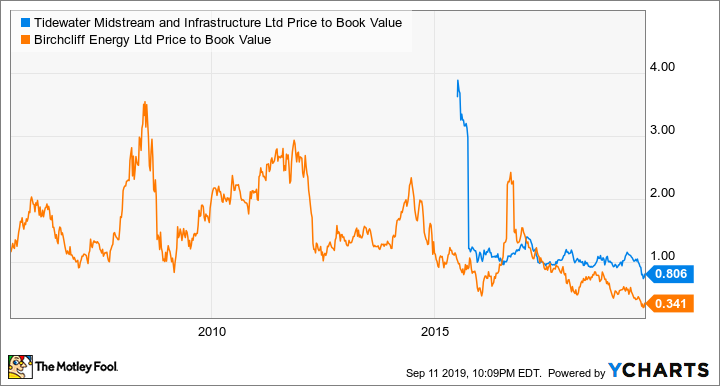 Data by YCharts. A historic low but volatile price to book.

Tidewater is an energy infrastructure company that has core operations in the Deep Basin, Edmonton, and Montney regions of Alberta and British Columbia. It processes natural gas, upgrades liquids, transports and stores energy, and markets them. The company’s market cap is about $365 million.

Tidewater is a great value today. In July, when the stock was trading at approximately $1.30 per share, Joel MacLeod, Tidewater’s CEO, thought the stock was undervalued and stated his intention to buy about 5.5 million shares, which is worth roughly $6 million of stock based on Wednesday’s market close price of $1.09.

This is a big amount given that MacLeod already indirectly or directly owns roughly $8.3 million worth of stock. Combined, the CEO would own about 3.9% of the company, which is a meaningful amount, because other insiders also own shares. This year, six other insiders bought TWM stock at roughly 30% higher than it is trading now.

MacLeod intends to acquire 5.5 million additional shares of TWM stock through a loan, using the shares as collateral. Essentially, if he repays the loan within three years, he’ll be entitled to 100% upside of the shares.

The stock is good for a 3.7% yield. The dividend is supported by a distributable cash flow payout ratio of 25%.

Analysts have an average target of $1.51 per share on TWM stock, which represents upside potential of 38%.

Birchcliff Energy (TSX:BIR) produces natural gas, light oil, and natural gas liquids. About 78% of its production is natural gas. The company’s market cap is about $590 million.

In the first half of the year, production was 76,678 barrels of oil equivalent per day. Essentially, production remained flat against the comparable period in the prior year. However, the operating netback (i.e., revenue minus expenses) improved by 10%.

This year, nine insiders bought the common shares between $1.87 and $3.70 per share directly or indirectly. Currently, the stock trades at less than the midpoint of about $2.78 per share, which suggests there’s room for upside.

The stock is good for a 4.7% yield. The common stock and preferred shares dividends, in aggregate, are supported by a payout ratio of less than 10% of adjusted funds flow.

Investors can potentially generate higher returns from small-cap stocks, such as Tidewater and Birchcliff. However, this type of stock tends to be more volatile and is viewed as a riskier investment.

So, interested investors should size their positions in small-cap stocks accordingly, for example, ensuring that small caps don’t exceed 10% of their stock portfolios.

2 Dividend Stocks to Set and Forget

I guarantee you haven't considered these dividend stocks as ones you can set and forget for decades, for a massive…

Fiera Capital is a quality TSX stock that pays investors a handsome dividend yield. Here's why this TSX dividend stock…

These three dividend stocks have soundly beaten the TSX in 2022. Here's why they could continue to outperform in 2023.

3 Underrated Dividend Stocks That Are Aristocrats in the Making

These three dividend stocks may not be Dividend Aristocrats yet, but it is highly likely they will be given their…