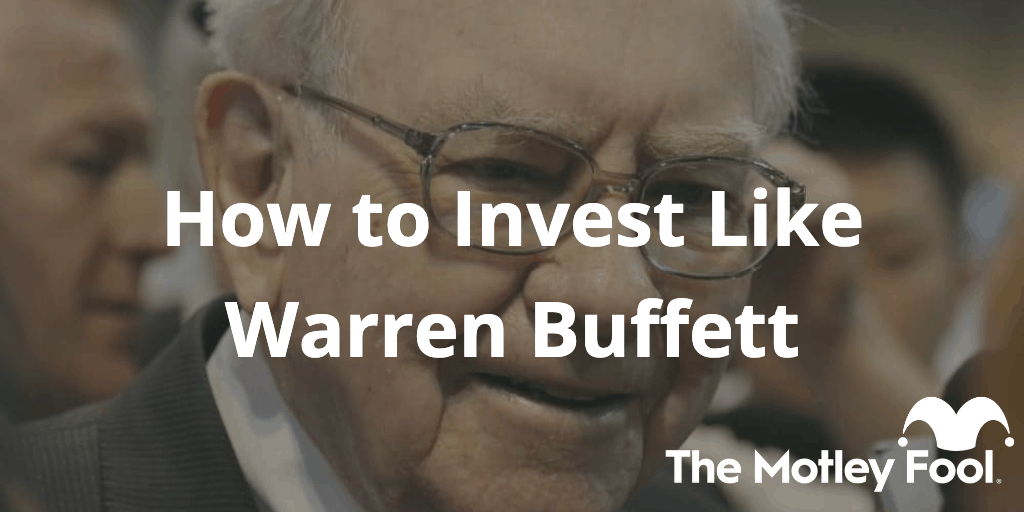 There’s little doubt that in the last few decades of investing, there has been no bigger name in finance than Berkshire Hathaway’s (NYSE:BRK.A)(NYSE:BRK.B) billionaire chairman Warren Buffett. The American billionaire has inspired investors in Canada and around the world to take an active approach in their financial future.

But who exactly is Warren Buffett? What are the investing strategies that have made him one of the world’s richest investors? We cover these questions and more in our complete guide to Warren Buffett.

Warren Edward Buffett was born on August 30, 1930, in Omaha, Nebraska. From a very young age, Warren had an aptitude for making money. From selling gum to working in his grandfather’s grocery store, Buffett showed an entrepreneurial spirit.

His passion for finance led him to start investing in stocks at the tender age of 11, when he bought three shares of Cities Service Preferred for himself and three for his sister Doris Buffett.

While Buffett never wanted to attend college, his father convinced him to give up his paper-delivery career and attend Wharton Business School at the University of Pennsylvania. Buffett, however, had other plans. He left the school after only two years before returning to Nebraska to finish his undergraduate degree at the University of Nebraska-Lincoln.

Eventually, Warren found himself at Columbia University, where famed investor Ben Graham taught. Finally, Buffett found the business mentor he’d long desired. Graham is widely considered to be one of the most influential minds in the stock market’s history, publishing Security Analysis and The Intelligent Investor. Both of these publications shaped the way modern investors pick stocks with concepts like intrinsic value becoming mainstream.

Warren eventually got a job working for Graham before opening up his own wealth management company, Buffett Associates, Ltd in 1956 back in Omaha. Before the end of the first year of operations, Warren Buffett was managing around $300,000 in capital.

By 1962, the Buffett empire had over $7 million in capital and 90 limited partners across the United States. Eventually, these partnerships were combined to form Buffett Partnerships Ltd. Buffett used the value-investing techniques he learned in school as well as his knack for understanding the general business environment to find bargains on the stock market.

Buffett’s plans, however, were much, much bigger.

One of the companies that Buffett had heavily invested in was Berkshire Hathaway, a New England textile company on the brink of collapse due to poor management. In 1965, after accumulating 49% of the common stock, Warren named himself director of the company and named Ken Chase as president of the company.

In May 1969, Buffett informed his partners he would liquidate Buffett Partnerships Ltd. with the exception of two companies: Berkshire and Diversified Retailing.

The following year, Buffett named himself the chairman of the board of Berkshire Hathaway. Understanding that textiles weren’t going to be the most profitable business, Buffett explored opportunities to use Berkshire Hathaway as a holding company to get into more the more lucrative insurance industry. The first insurance company he purchased was National Indemnity Company; he would use that cash flow to finance other insurance and banking acquisitions.

“Every decade or so, dark clouds will fill the economic skies, and they will briefly rain gold.” – Warren Buffett

The payoff was enormous as the new acquisitions brought in millions of new dollars to the business. And with that, Buffett had the beginnings of his empire.

The rest, as they say, is history.

Over the last four decades, Warren Buffett continues to invest billions in the stock market, earning him the nickname “The Oracle from Omaha.”

Today, Berkshire Hathaway’s list of subsidiaries include well-known brands like GEICO, Dairy Queen, and Fruit of the Loom, among many, many others. It also owns a large number of shares in well-known companies like Coca-Cola Co. (NYSE:KO) and Proctor and Gamble Co. (NYSE:PG).

How Does Warren Buffett Invest?

Buffett, just like his former mentor Ben Graham, is a firm believer in the principles of value-based investing. He focuses on finding companies that have strong fundamentals and potential for continued growth.

If that sounds overly simple, you would be right. Value-based investing takes a lot of time and research in order to discover the right companies that have a solid financial outlook.

Here are seven steps you can use to create your own portfolio:

Invest in industries and businesses you understand

Before you invest in any stock, you should be able to understand what the business does and how it makes money. Historically, Buffett has avoided technology stocks, because he doesn’t understand their business models. To this end, he focuses on industries he knows, like insurance and consumer products.

Similarly, if you are just getting started in investing, you should focus on mastering a couple of sectors at a time rather than trying to do invest in everything at once. We can’t stress enough how important understanding how businesses make money is to your ability to get a good ROI.

The art of finding undervalued stocks and the tenets of value-based investing would take weeks to write about (there are entire textbooks in colleges dedicated to the subject), so we’re going to direct you to our guide on how to find undervalued stocks as well as Graham’s book The Intelligent Investor.

We also have an entire service at The Motley Fool dedicated to helping Canadians find undervalued stocks called Hidden Gems. It’s a great way to get expert picks without having to do the homework yourself.

Find businesses that are dependable

Once you have a list of stocks that meet the above criteria, you are ready to narrow down your list by looking at some of the ways the companies run. One of Buffett’s secrets is going deeper than just the technical side of investing. He really tries to understand the ins and outs of how a company functions to see the long-term value.

If you look at Berkshire Hathaway’s holdings, you will notice that a lot of the companies Buffett invests in are recession-proof industries like insurance, utilities, and banking. That’s because he focuses on industries that don’t rely on a strong economy, like luxury products; instead, he chooses industries that can thrive in bear or bull markets.

Finally, you will want to find businesses with that have a unique competitive advantage. Buffett calls this a “wide moat.” These could be things like efficiency, technology, sustainability, among others. You can really only know what this is if you have done your research on the industry and know what sets companies apart from one another.

Invest in businesses with trustworthy leadership

Another one of Buffett’s tenets is investing in good management. There is a premium price on transparency, dividend growth, and a continued dedication to act in shareholders’ best interest. In general, Buffett prefers to know if a company has made mistakes and will watch to see how they disclose those errors to shareholders.

Keep a long-term mindset when investing

Perhaps the most important aspect of Buffett’s investment strategy is to not overreact or try to correct when the market fluctuates. Instead, Buffett focuses on continuing to invest boldly when the market is in a decline, meaning he doubles down when others pull out.

“Every decade or so, dark clouds will fill the economic skies, and they will briefly rain gold,” Buffett told shareholders in one of his 2016 letters to shareholders. “When downpours of that sort occur, it’s imperative that we rush outdoors carrying washtubs, not teaspoons.”

That’s because Buffett has been investing for decades. He’s seen the Great Recession, the dotcom bubble burst, and, most recently, the COVID-19 pandemic.

The only time that Buffett sells stocks is if the business fundamentally changes or he loses faith in the leadership of the company.

While very, very few of us will ever reach Warren Buffett levels of wealth, if you follow a similar strategy and consistently add to your holdings regardless of the market, you too can build life-changing wealth.

What is Warren Buffett’s Net Worth?

As of the publication date of this article, Warren Buffett is the sixth-richest person on the planet with a net worth over $96 billion. (1)

For the most up to date Berkshire Hathaway portfolio, you can check here.

Over the years, Warren Buffett has said many profound things (2). We’ve selected some of our favorites below:

“Someone’s sitting in the shade today because someone planted a tree a long time ago.”

“If you aren’t willing to own a stock for 10 years, don’t even think about owning it for 10 minutes.”

“It takes 20 years to build a reputation and five minutes to ruin it. If you think about that, you’ll do things differently.”

“Success in investing doesn’t correlate with IQ … what you need is the temperament to control the urges that get other people into trouble in investing.”

“When trillions of dollars are managed by Wall Streeters charging high fees, it will usually be the managers who reap outsized profits, not the clients.”

“Only when the tide goes out do you discover who’s been swimming naked.”

“Speculation is most dangerous when it looks easiest.”

“In the 20th century, the United States endured two world wars and other traumatic and expensive military conflicts; the Depression; a dozen or so recessions and financial panics; oil shocks; a flu epidemic; and the resignation of a disgraced president. Yet the Dow rose from 66 to 11,497.”

If you’re interested in learning more about this prolific investor, we recommend checking out these books:

Where Can I Read His Famous Shareholder Letters?

One of the more fascinating ways Warren Buffett has set himself apart from the rest of the investing world is his annual shareholder letters that not only update shareholders of Berkshire Hathaway but also provide valuable market insights for any investor.