An acquaintance of mine directed me to a video in which Tan Liu talked about his view of the stock market being a Ponzi scheme. For your convenience, I quickly grabbed the definition of a Ponzi scheme from Investopedia: “A Ponzi scheme is a fraudulent investing scam promising high rates of return with little risk to investors. The Ponzi scheme generates returns for older investors by acquiring new investors.”

There are certain points that I do agree with Liu on. For example, Liu said (and I’ll paraphrase) that when you buy a stock on the market, you rely on someone else paying a higher price for the stock later on.

Liu believes that companies that aren’t profitable shouldn’t be allowed in the stock market because once they are, their stock prices will be speculated on based on the growth potential of the company.

In the video, he concludes that if non-profitable companies need to issue stock, they can do so, but their share prices should be forced to stay where they are until the companies are profitable.

If that were the case, however, no one would buy stocks such as Tesla Inc. (NASDAQ:TSLA) or Shopify Inc. (TSX:SHOP)(NYSE:SHOP) in the first place; if companies’ stock prices were forcibly maintained until the companies were consistently profitable, the companies wouldn’t be able to raise the cash they need. 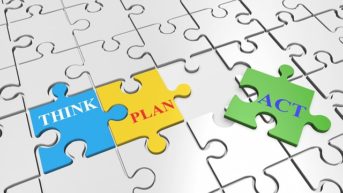 When is a stock not a Ponzi scheme?

My finance course professor said that when you buy a stock, you expect that eventually you’ll get regular dividends – assuming you picked a good company, of course. However, it could be a long wait, and not all companies reach the mature state of being able to pay regular dividends.

For example, Apple Inc. (NASDAQ:AAPL) had its initial public offering in 1980. It paid dividends between 1988 and 1995 and then eliminated its dividend to focus on growth. In 2012, it once again provided a dividend, and has been increasing its dividend every year since 2013. This time, it looks like Apple’s dividend will stay for good.

The thing to keep in mind is that the decision to pay dividends are made by the board of directors of a given company. The board reviews the company’s dividend policy periodically to determine how much the company should pay for its upcoming dividend.

In other words, dividend stock shareholders aren’t automatically entitled to their dividends. The company has to pay the dividends only if they are declared.

The video surely gives some food for thought. I have to agree that some stocks are Ponzi schemes, or at least, investors are buying into the future potential of companies that haven’t yet materialized. Stocks that pay regular dividends are thus less of a Ponzi scheme.

During the dot-com bubble, all the high-flying tech stocks were Ponzi schemes. That’s why investors should learn to distinguish great companies from bad ones and well-valued companies from expensive ones.

BlackBerry (TSX:BB) Stock Falls Below $10: Should You Buy?

This has been an unmemorable week so far for growth investors. Before the recovery in the second half on Tuesday, …

Today’s market correction has been especially hard for tech stocks. But there is one tech stock that, although not immune, …

Shopify Is Down 49% From All-Time Highs: Should You Buy?

Shopify (TSX:SHOP)(NYSE:SHOP) is taking a beating yet again today. Down 8% as of this writing, it is currently down 49% …