Jamieson Wellness (TSX:JWEL) stock has corrected about 15% since it reported its third-quarter results last Tuesday. However, the stock was actually weak earlier than that. Specifically, after it peaked in late September, the stock has lost about 30% of its value from about $27 to below $19 per share. 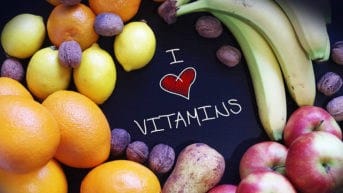 It has a number one position in Canada with a market share of 25% at food, drug, and mass stores, such as Superstore and London Drugs.

Jamieson operates in two business segments. Its branded segment offers a diversified range of premium products across multiple distribution channels. Last year, this segment contributed to 79% of revenue and 86% of adjusted EBITDA.

Its strategic partners segment are co-manufacturing partnerships with select blue-chip consumer health companies and retailers around the world, aiming to leverage infrastructure and reduce costs. Last year, this segment contributed to 21% of revenue and 14% of adjusted EBITDA.

Year over year, Jamieson’s gross profit margin and operating margin improved from 34.2% to 34.4% and 13.9% to 14.3%, respectively. Also notable is that its number of outstanding shares remained constant, which is a positive.

Jamieson products are available in more than 40 countries around the world. Recently, Jamieson made advancements in its growth strategy in China. Instead of only selling its products via an online store, it obtained the right to sell in physical stores as well. It’s also setting up an office and warehouse in Shanghai.

Furthermore, after signing a five-year partnership agreement, Jamieson’s products will begin selling this month in MedPlus, India’s second-largest pharmacy chain. MedPlus has 1,500 retail locations and plans to more than triple its locations by 2023.

Jamieson is a growth stock, and it has been priced at high multiples since its initial public offering. It has mostly traded at a price-to-earnings multiple (P/E) in the 30s. At $18.75 per share, the company is much more attractive for double-digit growth at an estimated 2018 P/E of about 21.8.