Have you heard that the big Canadian banks are great investments that offer stable dividend income and returns? What about our sixth-largest bank, National Bank of Canada (TSX:NA), which is often under the radar because it’s not one of the Big Five?

Table 1 below shows that National Bank outperformed the other big banks to in terms of total returns and dividend generation power since before the last recession more than a decade ago. 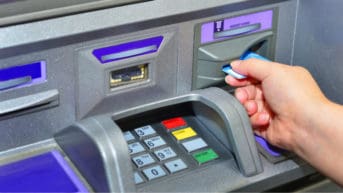 Why did National Bank Outperform in the last decade?

Table 2 below offers insight as to why National Bank outperformed in the last decade. First, it traded at the cheapest price-to-earnings ratio (P/E) at the start of the period. Second, its earnings-per-share growth in the period was above average. Third, it ended the period at a higher P/E than when it started.

The lower the P/E you pay for the same earnings growth (given all else equal), the cheaper you paid for a stock, and the higher your returns should be.

Indeed, National Bank’s above-average earnings growth of 7% per year led to decent dividend growth of 7.9% in the period.

Can National Bank outperform in the next decade?

However, that’s a big “if” because National Bank largely has its business in Canada. Specifically, in fiscal 2018, it generated 87% of its revenue in Canada and only 13% outside Canada.

National Bank generated 58% of its revenue in Quebec, which means that its growth has a strong correlation with the economic growth in Quebec.

Its 80% stake in Credigy, a specialty finance company focused in the U.S., contributed 9% of revenue in fiscal 2018. It also has a 90% stake in ABA Bank, which gives National Bank strong growth exposure to the emerging market of Cambodia with a high return on equity of 31%.