The “Bulls” in Canadian Pacific Railway (TSX:CP)(NYSE:CP) stock may rightfully cringe after reading another headline calling for an end to the stock’s historic 10-year run.

This run has seen the value of CP stock rise more than six-fold from its 2009 lows, solidly outperforming its dearly-beloved rival, Canadian National Railway (TSX:CNR)(NYSE:CNI). 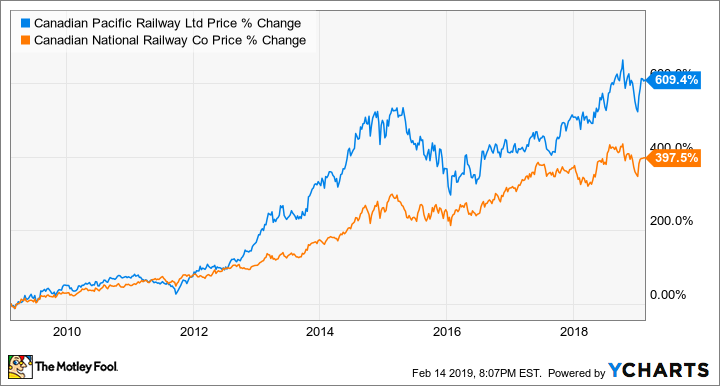 At the same time, that outperformance on the part of CP stock relative to the larger, more established CNR has begun to level out recently. 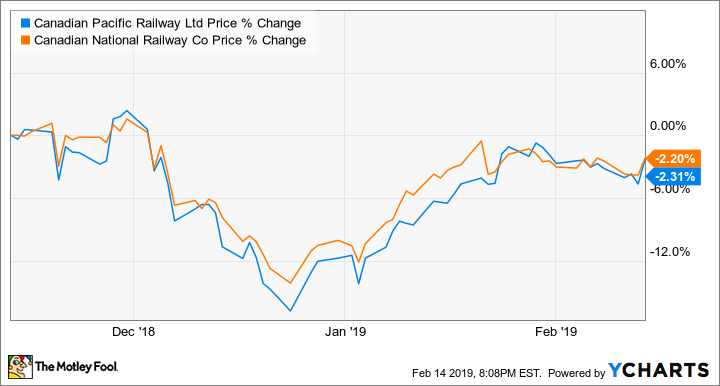 Over the past three months, the performance of Canada’s two largest rail operators is virtually identical, and I wouldn’t be at all surprised to see shares in CNR begin to outperform on a relative basis over the coming weeks and months.

Why’s that, you say?

Most of, if not almost all of the outperformance in CP’s stock over the past decade can be attributed to massive improvements that the company has achieved in its operating margins.

At the beginning of the decade, CP’s operating margin – a measure of how efficiently a company manages its operating costs – sat at just above 20% per year.

While that wouldn’t be a bad figure for many industries, it was well behind the efficiency that CNR was then time enjoying, operating at a margin north of 30%, or as much as 50% more efficient.

However, thanks to some clever and aggressive adjustments in the way it handles its business, CP has been very successful in improving its operating margin over the past six-plus years, having nearly tripled its operating profits between 2011 and 2017.

But how much further is there for CP Rail to go?

The problem is that gains in operating margins have at this point arguably been “maxed out.”

It’s difficult — at least as far as this author is concerned — to envision significant increases to either companies operating margin in the absence of a significant reduction in fuel costs.

Meanwhile, this past December rival CNR said the company is planning to cut $1 billion in planned expenditures in response to what it claims is “dysfunction in pipeline usage.”

If I’m going to be in either one of these companies while I wait for the dust to settle, I’m going to opt for the higher quality play here, favouring CNR stock over the more leveraged play in CP shares.

Between the two, CNR has what I would argue is the cleaner balance sheet of two. On top of that, it’s also trading at a better free cash flow return, which only helps to support the superior dividend yield of the two (1.98% for CNR versus 0.98% for CP).

I’ve been wrong before, but at the same time, sometimes it doesn’t hurt to play it safe either.

CP bulls may be wise to trim their winnings and invest for safety until further notice.

Value Investors: These 3 TSX Stocks Are a Steal in July 2022

Shopping for undervalued stocks in July? Start your research with Canadian Tire (TSX:CTC.A) and two others.

Restaurant Brands International (TSX:QSR)(NYSE:QSR) stock seems way too cheap to ignore, as the defensive dividend play sags alongside the TSX.

Even if you can only afford $500, you can use it to create $5,000 in passive income by remaining consistent…