Back in June, activist investor Dan Loeb’s Third Point fund management company disclosed that it had accumulated a $1.5 billion stake in Sony (NYSE: SNE). Loeb pushed for a spin-off of Sony’s semiconductor business and the divestment of non-core assets — including its financial arm and its stakes in Olympus (OTC: OCPNY) and Spotify — to fund the expansion of its film and gaming units.

Third Point’s stake only accounts for about 2% of Sony’s enterprise value, but Sony still reviewed its non-core assets and decided to sell its stake in Olympus last month. However, Sony subsequently shot down Third Point’s other proposals.

Sony stated that it would “proactively evaluate” its business portfolio, but that it would retain its financial unit and semiconductor business, the latter of which CEO Kenichiro Yoshida called a “vital element” of Sony’s future in a recent Financial Times interview. I previously stated that Sony should keep its semiconductor business, so I think it made the right call by rejecting Third Point’s proposal.

Why Sony should keep its semiconductor unit

Sony’s semiconductors unit, which is now called the imaging and sensing solutions (I&SS) unit, mainly produces image sensors for cameras. It supplies image sensors for roughly half the smartphone market, and its top customers include Apple, Samsung, and Huawei.

Sony’s position as the world’s top image sensor maker enables it to profit from the growth of the smartphone market without owning a top smartphone brand. Its own smartphone brand, Xperia, accounts for less than 1% of the global market.

That growth might seem surprising, since smartphone shipments fell 4% in 2018, according to IDC, and are expected to dip another 2% this year. However, Sony’s image sensor shipments are climbing because smartphone makers are installing more cameras per device (like the triple-camera iPhone 11 Pro) to attract more buyers. 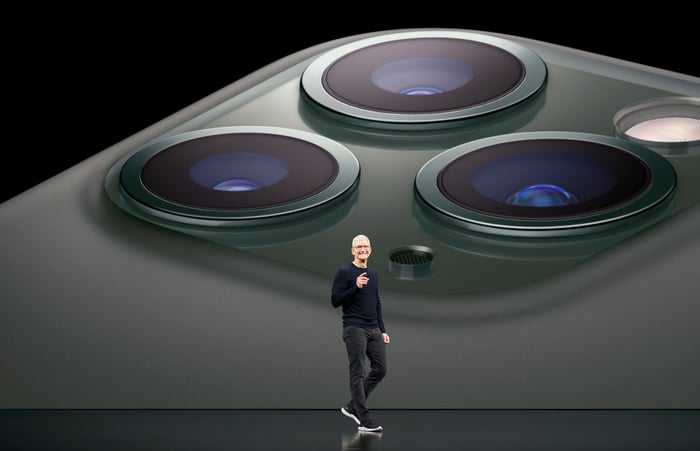 The I&SS business is also expanding beyond mobile devices and into Internet of Things (IoT) devices and AI-powered cameras for enterprise customers. That’s why Sony started developing enterprise-oriented image sensors with Microsoft earlier this year.

Sony expects its I&SS sales to rise 13% in fiscal 2019 (which ends next March) as it sells more image sensors for mobile devices and improves its product mix. It expects the unit’s operating profit to remain roughly flat. Simply put, Sony’s I&SS unit remains strong, and it would be foolish to sell it or spin it off to generate some quick cash.

Third Point’s track record with Sony should also raise eyebrows. Back in 2013, the hedge fund acquired a 7% stake in Sony and tried to convince it to divest its movie business. Sony refused, Third Point sold its entire stake, and the stock more than tripled afterward on the strength of its gaming business.

Loeb is now turning his prior thesis upside down and championing the expansion of Sony’s movie business — which faces tough competition from heavyweights like Disney (NYSE: DIS) — and dumping its dependable semiconductor unit. The suggestion is silly, and investors who simply stuck with Sony over the past five years after Loeb sold his shares would have easily outperformed his hedge fund’s gains.

Sony should invest more cash into its movie business after its divorce with Disney, and it should focus on the launch of the PS5 next year — but it already has plenty of cash to do so. It ended last quarter with 604 billion yen ($5.6 billion) in cash and equivalents.

If Sony needs more cash, it should dump its unprofitable mobile unit instead. That business, which Sony quietly merged with its other consumer electronics earlier this year, is a money pit that repeatedly offsets the growth of its healthier units.

Sony still has plenty of catalysts on the horizon. Its gaming unit should recover next year after it launches the PS5, its movie unit should stabilize if it wisely capitalizes on the Spider-Man series’ stand-alone momentum, its music business remains strong, and it should sell more image sensors for multi-camera devices.

Investors should ignore Third Point’s suggestions, since the fund has been consistently wrong about Sony in the past, and simply focus on those long-term tailwinds.