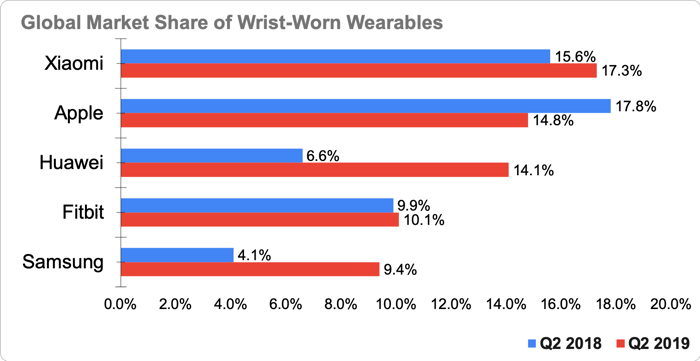 Google already owns Wear OS, but the smartwatch platform failed to gain enough developers and many of its hardware partners abandoned ship. It also acquired some of Fossil‘s smartwatch tech earlier this year. Google’s purchase of Fitbit could pave the way for its long-rumored “Pixel Watch” to hit the market.

However, analysts expect Fitbit’s sales to decline 4% this year as it falls further behind companies like Apple, which generated “strong double-digit growth” in Apple Watch sales last quarter, according to CFO Luca Maestri. It’s also unclear whether Google will replace Fitbit’s OS with Wear OS or the other way around.

Either way, Google could struggle to gain as many developers as Apple’s WatchOS, and it still faces competition from other smartwatch makers like Samsung, which notably replaced Google’s Wear OS with its own Tizen OS. In short, Google’s big bet on Fitbit won’t be its magic bullet for conquering the wearables market.