A version of this article was originally published on Fool.com, by Jason Hall

Global stock markets are in absolute turmoil as the COVID-19 pandemic wreaks havoc around the world. Few investors have ever experienced the extreme volatility the past month has brought as a significant share of normal economic activity has been grinding to a halt. Major market indexes like the S&P 500 and Dow Jones Industrials have made more daily swings up or down by 5% in the past few weeks than they had in the prior 12 years.

Since the stock market set a record for the fastest 10% decline in history in late February, it has broken that record at least two more times, and even lost more than 10% of its value in a single day on March 11.

It’s enough to make you want to pull everything out of the market and hide in a cave for six months until things return to normal — whatever normal will look like on the other side of this.

And if that’s your instinct, trust me, I understand: Since reaching a major financial milestone in late February, I’ve seen my portfolio lose substantial value.

Yet if we can look beyond this rising emotional and financial turmoil, history tells us that, now, with the market in an extended period of panic, is when we should act aggressively as buyers.

The historical case for buying now 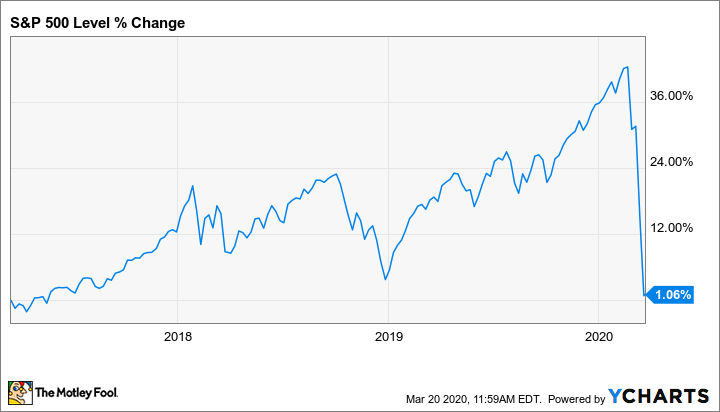 And let’s be honest: Most of us expect stocks will continue to fall. We don’t even know how bad things really are out there yet, because there isn’t enough up-to-date economic data, but we know the travel and hospitality industries are all but shut down, sports leagues are closed for the foreseeable future, and in many parts of the country, pretty much all businesses that are open to the public but not essential to our well-being are being forced to close their doors or seriously curtail their operations.

But what we don’t know is exactly how stocks will behave. Yes, they probably will fall more, but it’s a mistake to try too hard to be precise about when to “get in” during a market crash. A look at the long-term returns of the S&P 500 should help put that into better context: 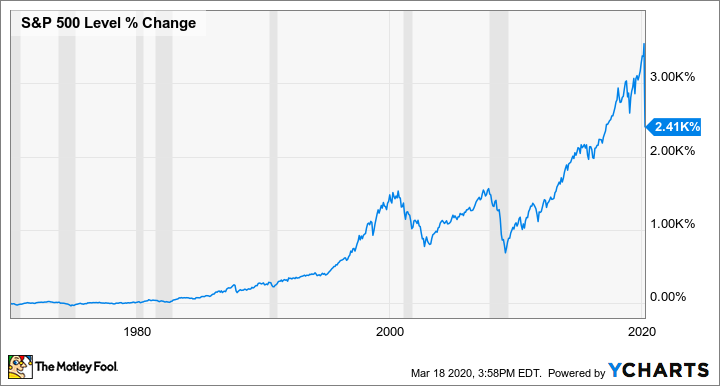 As you can see in the chart above, every major stock market crash presented people with an opportunity to invest; and even investors who bought in the middle of a crash and watched stocks fall even further before they recovered still profited enormously.

Avoiding the fallacy of “catching the bottom” 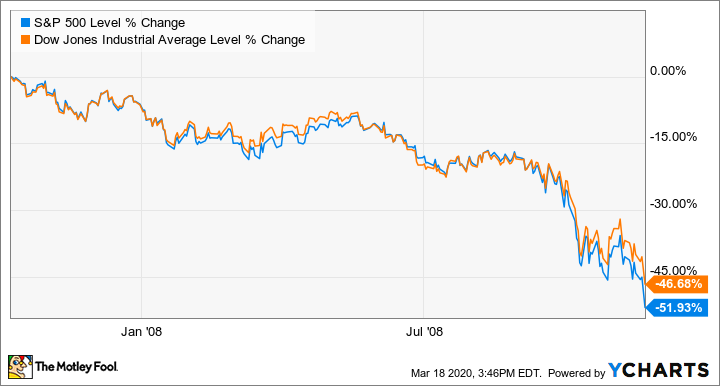 This was during the heart of the worst financial crisis the world had faced in 80 years. Over the six weeks that followed, stocks began to recover, but that recovery faltered, and by March 9, 2009, stocks had fallen 28% from their January peak: 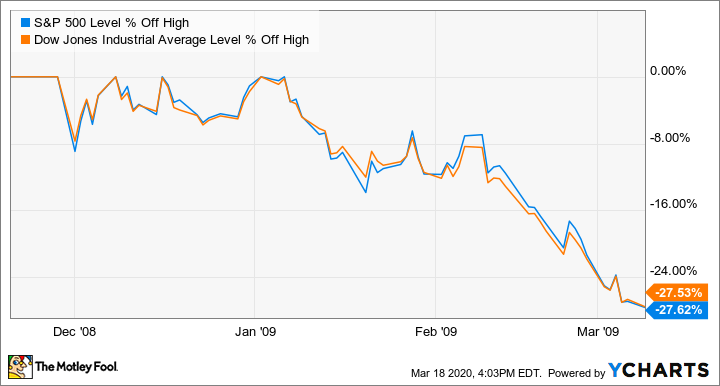 A lot of people who bought during the late-2008 low probably felt like geniuses for a month or two, before feeling like idiots for having “gotten in too soon” after the market fell sharply once again.

To put it bluntly, don’t let the fear that an investment might look stupid in a few weeks or months cause you to miss out on what should prove to be incredible market returns over the next five, 10, or 20 years.