You can’t be complacent with your stocks. Just because a stock has been stable doesn’t mean it will remain stable. For example, Cineplex (TSX:CGX) stock traded in the high $40s- to low $50s-per-share range from early 2015 to mid-2017. However, since then, the market cap of the stock has shaved off about 50%.

Cineplex has been a consistent monthly dividend payer. Income investors and retirees love its stable dividend, and the fact that the dividend was paid on a monthly basis made paying bills easy.

Previously the stock offered a yield of about 3.3%. As the stock price has come down so much combined with the company’s dividend increases, it now offers a whopping yield of 6.7%.

Why the huge drawdown in the stock?

In 2015-2017, Cineplex stock traded at price-to-earnings ratios (P/E) of about 30-46, which was actually ridiculously expensive, as corresponding earnings change did not support the high valuation. Looking at its cash flow multiples in the period also tells a similar story. It looks like the market somehow missed the fact that the stock was super expensive in the period. 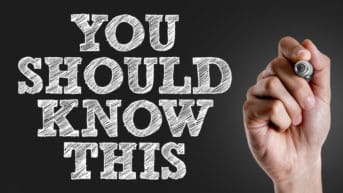 How much upside does Cineplex have?

The company’s cash flow per share generation hasn’t really changed much from a decade ago. Over the long run, its stock price more closely aligns with its cash flow multiple than its P/E multiple.

Based on its long-term normal cash flow multiple, the stock can trade at about $33.30 per share. Thomson Reuters has a mean 12-month target of $33.50 per share on Cineplex, which represents almost 30% near-term upside potential.

Is the high yield safe?

In the last decade, Cineplex’s payout ratio based on earnings was over 100% most of the time, but it has increased its dividend steadily by 3.4% per year on average over the period. So, this payout ratio is not a good gauge for Cineplex’s dividend safety.

The company reports an adjusted free cash flow payout ratio, which seems to be a better gauge. In the first nine months of this year, this payout ratio was 63.5%, an improvement from 2017’s 75.3%. So, Cineplex’s dividend should be safer than it was before.

Businesses change. Investors cannot buy stocks that seem to be stable and offer safe dividends and just sit on them.

In the case of Cineplex, it still heavily relies on people going to its theatres to watch movies, as in the first nine months of the year, about 74% of its revenues relied on moviegoers, including box office and concession revenues.

The company has been making partnerships and a number of investments, including The Rec Room, Topgolf, Playdium, and virtual reality installations. If these investments show they can generate repeat visits and stable cash flow, the growth can boost the stock’s share price.