The big Canadian banks showed strong resilience in the last financial crisis of 2007-2008. The third-largest Canadian bank, Bank of Nova Scotia (TSX:BNS)(NYSE:BNS), is among them. Moreover, the fact that the banking stock has corrected about 16% from its 2017 high is a perfect opportunity to lock in a safe juicy yield.

Due to the last financial crisis, many banks around the world slashed their dividends, and some banking stocks still haven’t recovered to their pre-crisis levels. However, the big Canadian banks, BNS included, maintained their dividends during the toughest period.

From a high to a low, BNS stock fell about 50% during the crisis. However, what matters is that the bank’s earnings resilience and conservative payout ratio easily covered the dividend. 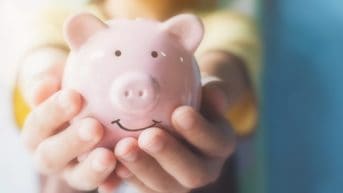 The market is concerned about slower global growth, as well as near-term dilution from recent acquisitions. In the first half of the fiscal year (compared to the same period in the prior year), Scotiabank increased revenue by 8.9%, but net income was essentially flat and diluted earnings per share fell 3.4%.

As a result, the stock has been weighed down. At $70.72 per share as of writing, BNS stock trades at an attractive valuation — a price-to-earnings ratio (P/E) of under 10, which rarely occurs. The bank’s long-term normal P/E is about 11.9. Should the stock trade at this higher fair multiple five years later, the multiple expansion will give a nice boost of 3.5% per year to returns. 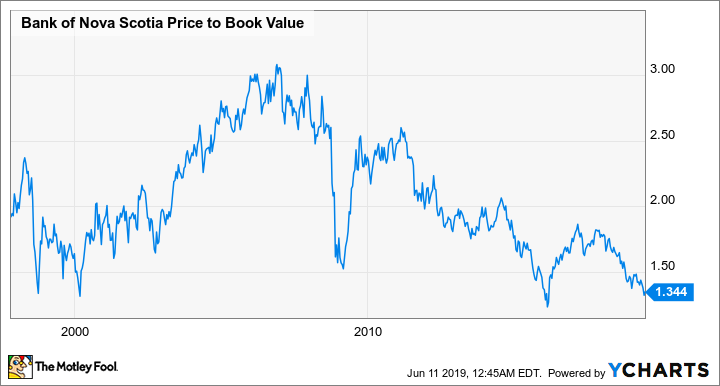 A cheaper stock price has pushed the dividend yield of the safe banking stock to close to 5%, which is near the high end of its 10-year yield history. 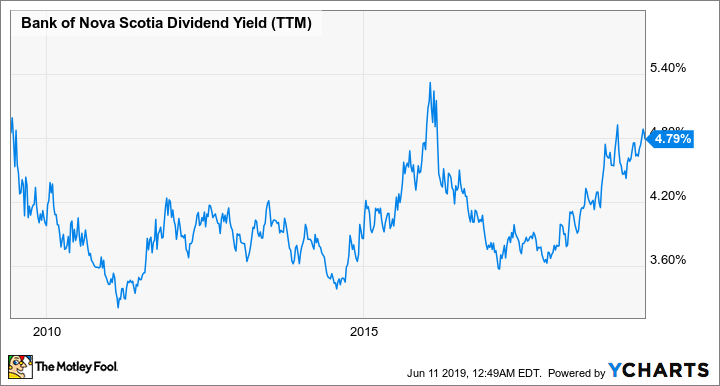 Bank of Nova Scotia tends to maintain a payout ratio of below 50%, which should keep its dividend safe, even when there are temporary setbacks from black-swan events.

Scotiabank stock is trading at a decent discount of about 16-19% from its fair valuation. This gives a good opportunity for conservative and income investors alike to get a juicy 4.9% yield and long-term estimated returns of about 10-14% per year on the safe banking stock.