One of the main criticisms of Apple (NASDAQ: AAPL) Card has been that the rewards program simply isn’t all that rewarding. At least, the initial rewards structure — which only gave the highest 3% tier to Apple purchases — looked underwhelming, with Goldman Sachs analysts initially expecting most consumers to only earn close to 1% cashback, on average. (Goldman Sachs is also the issuing bank.) Most consumers don’t spend enough at Apple annually for the higher 3% cashback to make a meaningful difference on their average earnings.

Apple Card has now expanded its cashback rewards for the second time in recent weeks.

Walgreens announced yesterday morning that it will start offering 3% cashback at all Walgreens and Duane Reade pharmacy chains when customers use Apple Card with Apple Pay to make purchases, including for prescriptions. As part of the partnership, Walgreens will also start carrying more Apple accessories, effectively expanding Apple’s distribution for those smaller items. 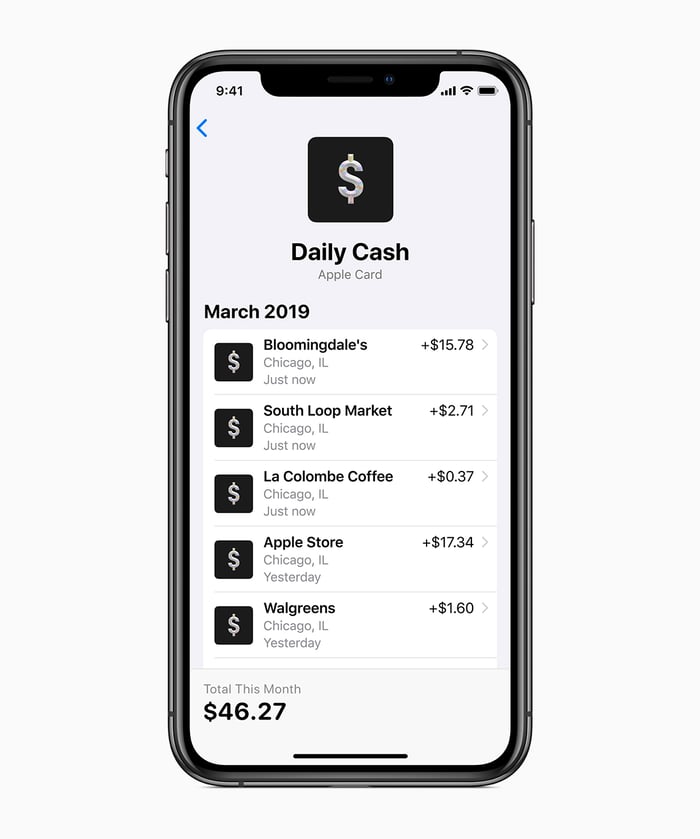 The news comes a few weeks after Apple announced that it was expanding the 3% cashback tier to more merchants, starting with Uber, which will include both the ridesharing transactions, as well as Uber Eats food delivery service. At the time, Apple said it would continue adding more merchants and apps to the 3% tier “in the coming months.”

Apple is effectively increasing the cashback by 1 percentage point, as Apple Pay purchases would already qualify for the 2% rewards rate under the current structure. Purchases made with the physical titanium card still only earn 1% cashback. Apple’s rewards program is called Daily Cash and automatically gives cashback that’s credited on a daily basis to a user’s Apple Pay Cash card stored on their iPhone.

Apple Card isn’t competing at the high end of the market, which is intensely competitive and where premium cards offer sprawling rewards programs. The Mac maker is instead targeting mainstream consumers, even those who may have subprime credit scores. Many rival cards in that segment offer a flat cashback rate of 1.5% to 2%, which is around where Apple Card’s average rewards rate should be to challenge incumbents.

There have been concerns that Apple Card won’t be very profitable for Goldman Sachs since the card was designed to eliminate many fees and offer relatively low interest rates. Meanwhile, Apple is just trying to push adoption of its mobile payments service, which remains low in the U.S., as Apple earns a cut of Apple Pay transactions that contribute to its growing services segment.