The U.S. and China are set to resume trade talks in the second week of October. Investors shouldn’t assume that these talks will yield any better results than the previous discussions in July but should still keep an eye on these three unloved Chinese stocks that could bounce on any positive news.

China Mobile (NYSE: CHL), the country’s largest state-backed wireless carrier, lost about 15% of its value over the past 12 months due to three main issues: the saturation of China’s smartphone market, government-mandated reductions in prices, the elimination of data roaming charges, and the high costs of upgrading its networks to 5G standards. 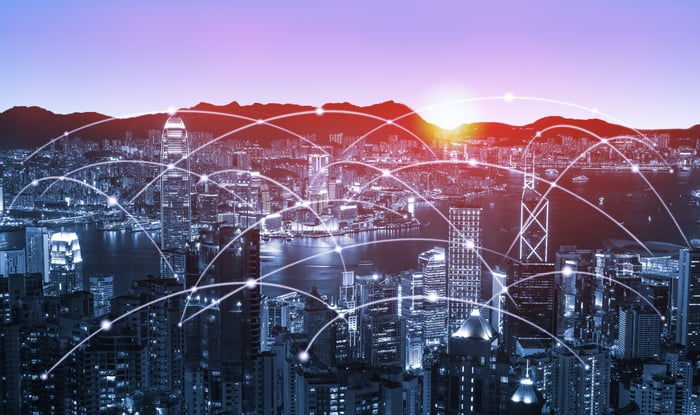 The protests in Hong Kong exacerbated the pain since China Mobile — which generates most of its revenue from mainland China — is based in Hong Kong and a component of its Hang Seng Index. The Federal Communications Commission (FCC) also rejected the company’s application to expand into the U.S. market — but that was old news, since the approval had been in limbo since 2011.

Yet China Mobile’s core business remains strong. It had 941.3 million wireless subscribers in August, up from 938.6 million in July. Its number of wireline subscribers also grew from 178 million to 180.8 million.

There are also other near-term tailwinds: the government-mandated price reductions are now in the rearview mirror, smartphone sales in China could improve this year with the arrival of new phones like the iPhone 11, and China Mobile’s revenues per subscriber should rise with new 5G plans.

The company’s revenue and earnings rose 2% and 3%, respectively, in 2018, and it should post similar growth rates this year. It trades at just 10 times earnings and pays a forward yield of about 5% — which limits its downside potential and indicates that it could rally sharply on any positive developments in China or Hong Kong.

JD (NASDAQ: JD) is China’s largest direct retailer and second-largest e-commerce company after Alibaba (NYSE: BABA). Its stock rose about 10% over the past 12 months but remains well off its highs due to concerns about its slowing growth, rising expenses, and the economic slowdown in China.

Unlike Alibaba, which doesn’t take on inventories and uses third-party logistics services, JD takes on inventories and fulfills orders with its own logistics network. It accepts lower margins to maintain tighter quality controls than Alibaba, which often struggles with unscrupulous sellers peddling counterfeit goods. That slow-and-steady approach paid off earlier this year as JD’s revenue growth stabilized and profits improved. 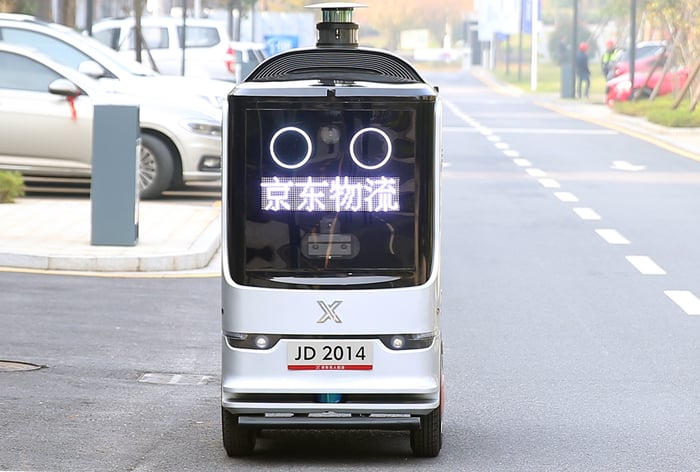 Its adjusted profit grew more than sevenfold annually, as it reaped the cost-cutting benefits (like automated warehouse robots and delivery vehicles) of its multiyear investments in tech and logistics. More companies also signed up for JD’s logistics services — giving it a new stream of higher-margin revenues.

Analysts expect JD’s revenue and earnings to grow 17% and 34%, respectively, next year — which are high growth rates for a stock that trades at 23 times forward earnings. Any positive news about the Chinese economy would likely cause this stock to jump higher.

Baidu (NASDAQ: BIDU) owns China’s most popular search engine. It generates most of its revenue from ads, but the trade war, the economic slowdown, and competition from rival platforms caused that core business to hit a brick wall.

Baidu’s increasing dependence on iQiyi is troublesome because the video unit, which was spun off in an initial public offering (IPO) last year, is unprofitable. Relying on a stream of revenue with negative margins as its higher-margin ad revenues dry up is an unsustainable strategy.

But as long as Baidu’s ad business stays in the penalty box, investors will avoid the stock. That’s why the stock was cut in half over the past 12 months and trades at just 16 times forward earnings. Analysts expect its revenue and earnings to decline 1% and 54%, respectively, this year before possibly rebounding next year.

Therefore, any hint at better economic conditions in China would lift Baidu’s stock, since healthier Chinese companies would likely increase their marketing spend again on leading platforms like Baidu.