Home » Investing » Tech Stocks » Where Will NVIDIA Be in 5 Years?

NVIDIA (NASDAQ: NVDA) has been a source of great debate over the last couple years. A failure to provide accurate guidance as the cryptocurrency bubble popped and the resurgence of its smaller chipmaking rival Advanced Micro Devices (NASDAQ: AMD) have led some investors to conclude that NVIDIA’s days of growth are over. It had, after all, an epic run in a very short period of time — one that values the graphics and video game company at $110 billion as of this writing.

However, the pioneer of the graphics processing unit (GPU) famous for pushing the envelope with video game technology has a lot going for it, and the next five years should be exciting ones for the chip engineer. Far from being a one- or two-trick pony, this silicon giant is still very much in growth mode.

Addressing the two elephants in the room

To understand where NVIDIA is at right now, let’s start with the gaming business. Through the first six months of the 2020 fiscal year (six months ended July 28, 2019), NVIDIA’s gaming segment made up just over half of all sales.

This is not a story of a legacy business in need of replacement (the steep declines are from the aforementioned cryptocurrency bust). High-end computer-generated graphics are still an area of growth and are the seeds for everything else going on at the GPU designer. NVIDIA was the first to introduce ray-tracing technology to its graphics cards last year, which is driving hardware upgrades among gamers. The new tech also underpins the new cloud gaming movement, where the computational power is generated at a data center and final video images are delivered to the consumer via the internet. NVIDIA’s GeForce NOW Alliance — a conglomeration of technologists using NVIDIA’s server and software capabilities for cloud gaming — is getting put to use in Russia after an initial launch in South Korea and Japan by LG Electronics (OTC: LGEAF) and SoftBank (OTC: SFTBF), respectively.

Then there’s self-driving cars, an oft-talked-about technology born from gaming tech and embodied in NVIDIA’s automotive segment. There is some investor misunderstanding here, especially with the small (compared to gaming) business unit getting a big double-digit boost so far this year. Long before autonomous vehicles go mainstream for everyday commuting, though, the tech is currently being applied for commercial use — from autonomous heavy equipment operations in construction and mining to things like self-driving delivery vehicles.

While much has been said about the recent weak performance in gaming and concurrent surge in auto, there is likely to be much more to the story in the next few years. That’s because of the computational power NVIDIA has developed with its GPUs and the possibilities it should open up for future growth.

The cloud, the edge, and a future of possibilities

First, there’s the cloud — centralized data centers that have surged in use in recent years. While data center build-out has taken a breather in the last year to allow demand to catch up with supply, NVIDIA’s GPUs are still in the running to be leaders in powering future construction. GPUs are unique in being able to handle complex calculations far more efficiently than CPUs (central processing units), as they can handle visual rendering, simulations, and conversational artificial intelligence.

There are lots of new data center-based use cases for NVIDIA: Ray-tracing-enabled GPUs are advancing the quality and speeding up computer renderings of building designs and CGI graphics for movies; the auto segment is putting NVIDIA’s tech in data centers to simulate real-world driving scenarios; and GPUs are being used to analyze human conversation to formulate a natural-language response. Much of this will happen in “the cloud,” which is expected to be a double-digit growth services segment for the foreseeable future, according to researcher Gartner (NYSE: IT). 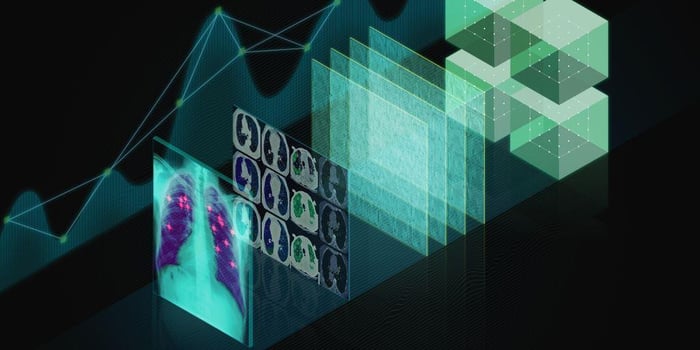 On the hardware half of the equation, data center build-out should continue to grow as well, with Research and Markets predicting a more than 8% annual average increase through 2024. NVIDIA is adding to its addressable data center sandbox with the acquisition of Mellanox (NASDAQ: MLNX), a maker of various data center parts like connectors used to link GPUs together for heavy-duty computing. With the cloud continuing to grow, it’s a solid acquisition.

Beyond the cloud, edge computing is ramping up to be the next big trend — the movement of computational power out of the cloud and closer to the end user. The edge will power new technology and other mission-critical functions that can’t wait for data to transmit to a remote data center for processing. The edge is powering things ranging from robotics in industrial applications to healthcare equipment. Here too, NVIDIA’s work in video gaming and cars is helping it make progress in the edge.

So where will NVIDIA be in five years? It’s easy to home in on video games and cars when thinking about the chip company, and its GPUs for gaming specifically are still the driving force for innovation. But the GPU maker has a lot more end markets to tap into than that, and the list of use cases will only get larger in five years’ time — with cloud and edge computing specifically likely to move the needle in a big way. That could take the form of gaming and autonomous vehicles but also of things like industrial robotics, connected healthcare equipment, and AI speech and voice recognition. Whatever your opinion of the video game market may be, this tech stock is worth a serious look for the long haul.