Canadian National Railway (TSX:CNR)(NYSE:CNI) is one quality business you don’t want to miss because of the incredible wealth that it can bring to its long-term shareholders.

CN has actually come a long way, originating from five financially troubled railways nearly a century ago! It wasn’t until 1995 that the used-to-be Crown corporation was sold to private investors.

Since 2001, CN Rail stock has compounded returns at 16.5% per year! Not many companies have achieved such an incredible feat, and with such consistency in growing profits. In fact, in the 18-year period, it experienced two recessions but only had one year of lower earnings against the prior year. Moreover, in more than half of those years, CN achieved double-digit earnings-per-share growth! 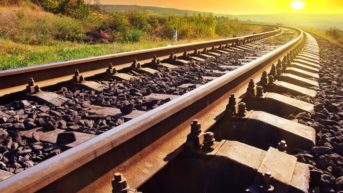 Can CN stock double your money?

CN Rail is the backbone of the economy, as it transports more than $250 billion worth of goods every year from natural resource products to consumer goods.

Although the company requires ongoing and huge amounts of money in capital investment, it generates more than enough cash flow to maintain and grow its business and increase its dividend.

For example, in the trailing 12 months, CN generated more than $6.3 billion of operating cash flow, while capital investments totaled more than $4.1 billion, resulting in free cash flow of over $2.2 billion. This was more than sufficient to cover for dividends paid in the period with over $700 million of cash left over.

Because of its consistent and persistent earnings growth, CN Rail has also increased its dividend at a double-digit rate. In the past five years, the leading railway company has raised its dividend by more than 16% per year on average.

Going forward, CN Rail will continue to grow alongside the North American economy. Robust economic growth will certainly drive greater growth in the business, and when economic activities slow, CN Rail is large and well run enough to withstand it.

Currently, CN is estimated to increase earnings per share by about 10% per year over the next few years. Therefore, investors can also expect dividend growth in that range.

CNR stock is reasonably valued today. Assuming a 10% growth rate on top of the 1.8% yield that it provides, investors can double their investment in about six years, which would be marvelous!

CN Rail is a proven dividend-growth stock. It’s not a matter of if it can double your money, but how long it’ll take to do so. Long-term investors with a focus on growth should consider buying some shares today and buying more on dips for greater value and total returns.