The CRA has announced that the deadline for filing income taxes has been pushed back another month. The deadline is now September 30, instead of September 1, giving taxpayers some extra breathing room from a timing perspective. However, it may be more financially advantageous to file your taxes as soon as possible.

Shopify (TSX:SHOP)(NYSE:SHOP) shares increased in price approximately 61% in April earlier this year. April was unique in that it was the month after the fastest market crash in history. However, this certainly was not the only time that a stock increased in price by that magnitude in a single month.

Shopify was in a great place in early April. With the world being forced to stay home, e-commerce was seen as a natural winner. Shopify significantly benefitted from this trend and the share price rocketed higher as the market realized the company’s potential during the accelerated shift to e-commerce.

Not having money to deploy in early April when this opportunity presented itself would have meant missing out on significant gains just by waiting one additional month.

That’s not to say that Shopify stock is not still a good stock to buy in August, however. That said, Shopify’s valuation multiples have become stretched and the share price is much higher than it was in April. 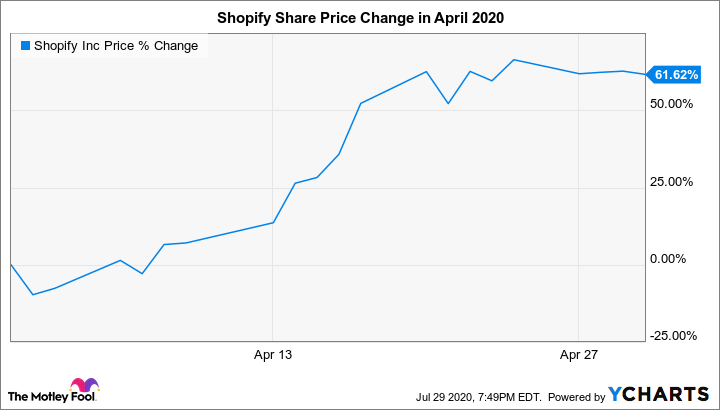 Theoretically, buying Scotiabank shares ex-dividend means that you should pay a lower price, since you do not receive the upcoming dividend. However, there are a number of reasons why one may prefer to collect a dividend from Scotiabank as opposed to receiving an equivalent discount on the share price.

Therefore, having the money to buy Scotiabank shares at the beginning of the month, instead of the end of the month, could be beneficial.

The CRA is trying to take the stress out of tax season for Canadian taxpayers. However, it may be in your financial interest to file your tax return as soon as possible.

If you do wait a little bit longer to file your taxes this year, make sure that you don’t miss out on important benefits, capital gains, or dividend payments.