Dividends can attract investors to a stock and keep them invested through periods of weakness. However, huge yields can spell disaster if investors focus on one single metric and don’t examine the company as a whole, exploring fundamentals and digging a little deeper in their research.

This article will examine five stocks that pay dividends of 7% or greater, with an eye toward other key figures and the bigger picture for each company. To be clear, inclusion below does not mean that the dividends of these stocks are at risk, but rather that these companies do not necessarily warrant inclusion in any given portfolio by virtue of their high dividends alone. 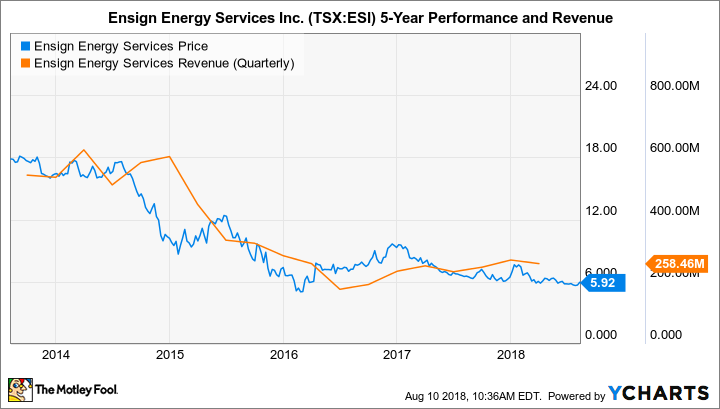 This oil and gas services company has been running a loss since 2015. Despite profitability issues, Ensign has made an admirable effort to avoid eating away at its book value, losing only around 2.5% annually on average in the past five years.

Ensign pays a quarterly dividend of $0.12, which equates to an annualized yield of about 8.5%. With five-year average annual revenue contraction of 14.6%, Ensign carries an unnecessarily heavy burden by paying the same distributions as it did before the oil rout and hurts its own growth in the process. 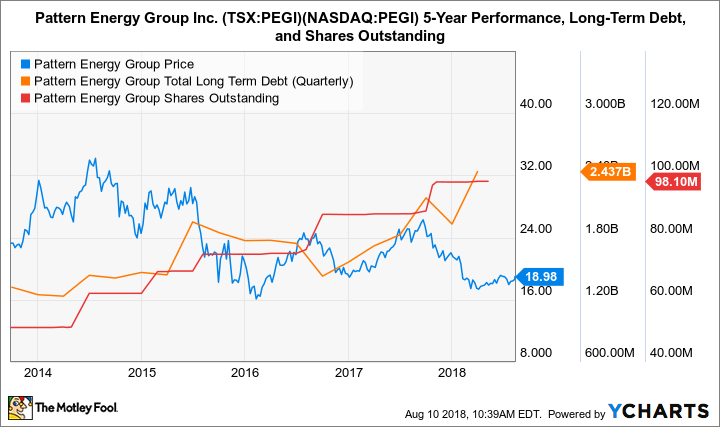 Independent power company, Pattern, has had negative earnings per share for years, 2018 being an exception partially due to the sale of assets in Chile. While the company has more than doubled revenues since 2013, profitability remains a concern.

Pattern’s roughly 9.1% dividend costs it US$0.422 per share quarterly for an annual expense of around US$160 million. Today, the company has over 60% more long-term debt and shares outstanding than it did in 2014 — two unattractive factors that have permitted it to increase dividends by just under 30% in the same time frame. 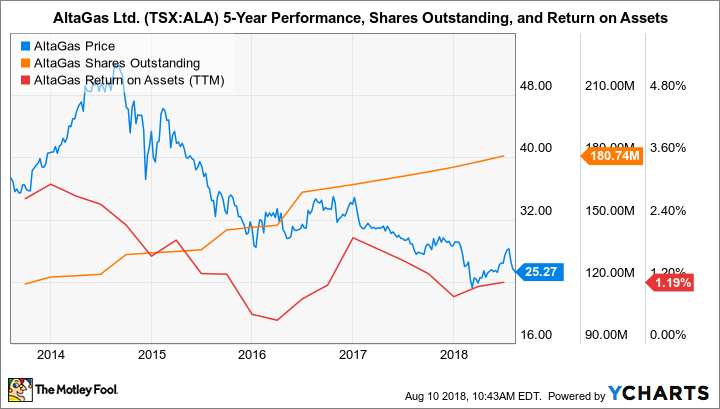 AltaGas operates a diversified energy infrastructure business that has grown both revenue and operating income by over 10% per annum in a five-year window — a feature that many bullish analysts fixate on. On the flip side, the company has been weakly profitable with five-year average return on assets of just over 1%; its price-to-earnings multiple of around 77 speaks volumes. 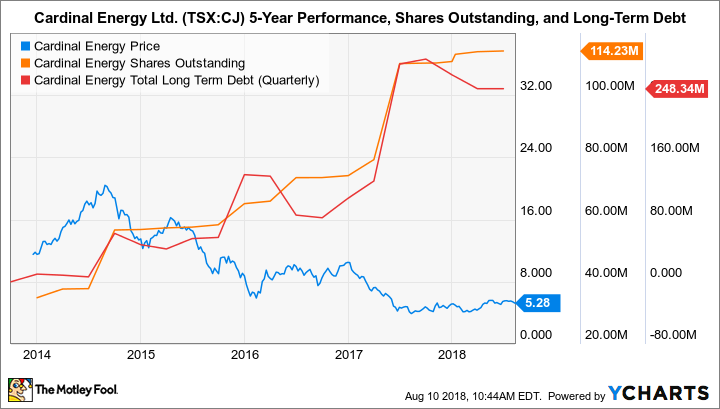 Oil producer Cardinal has been losing money since 2015. As the company’s share count has steadily grown, its book value per share has declined and now sits at a bit more than half what it did in 2014; mind you, Cardinal’s shares still trade below book value.

Cardinal offers a monthly distribution of $0.035, which works out to a yield of around 7.7%. Cut by 50% in 2016, the company’s dividend is just shy of being a $50-million-per-year expense. Coupled with Cardinal’s negative free cash flow, the dividend has been fueled by a debt binge that has nearly doubled the company’s long-term debt between 2015 and present. 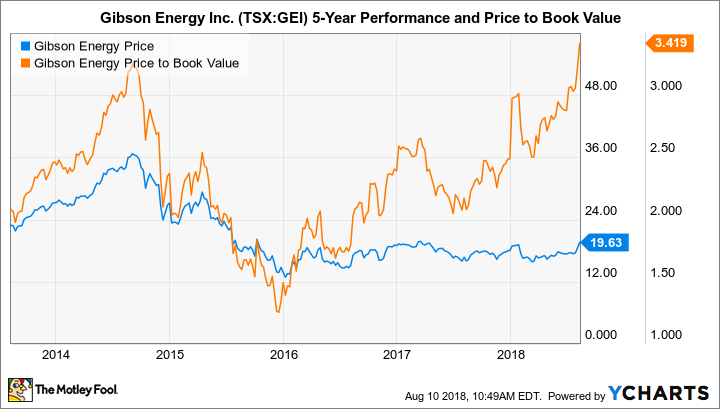 Gibson, an oil infrastructure company, closed the sale of its U.S. energy services business in May for roughly US$96 million. This past week, the company announced that it would increase capital expenditures for 2018 from $250 million to $300 million.

Analysts see some upside in Gibson, but it is hard to share their enthusiasm when looking at the company’s five-year average return on equity of under -3.4% and current valuation at over three times book value. At a little more than 7%, Gibson’s quarterly dividend of $0.33 does far more harm than good to the company’s financial flexibility.

It can be tempting to buy a stock just because it has a big dividend, but sometimes large distributions are neither good for the company nor the investor. When doing your research, ensure that the stocks you pick have more going for them than just yield.