Short-term success in investing isn’t meaningful because it can be a fluke. So, if you want to be a successful investor, aim for long-term success. Here are two things that you should avoid doing to be successful in stock investing.

By avoiding losers, investors will avoid big losses. Even if losers eventually turn around and become winners, it could take years for the stocks to recover to the levels at which investors will buy. In other words, if you buy losers, you won’t be growing your wealth for the period when the stocks are underperforming. What’s worse is that losers often remain losers. And what was initially thought to be a temporary loss could become a permanent loss.

Maxar Technologies’ (TSX:MAXR)(NYSE:MAXR) stock price has been cut in half from its 52-week high, but the stock has actually been in a downward trend in the last five years. Maxar stock is down about 63% from five years ago. Investors aiming for success should have avoided Maxar before the stock plummeted.

Whether the stock is a bargain today is debatable.

Maxar was formerly known as MDA Corp., which was a commercial satellite operator. Last year, it took on a lot of debt and merged with DigitalGlobe, which offered geospatial imagery content.

At the end of the second quarter, the company still had long-term debt of more than US$3 billion, but it only generates roughly US$328 million of annualized operating cash flow. So, it’s going to take Maxar years to reduce its debt levels to a healthy level. 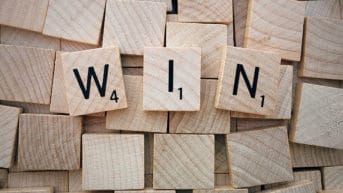 Canadian National Railway (TSX:CNR)(NYSE:CNI) stock is like an opposite of Maxar. In the last five years, the stock has experienced dips, but the dips have proved to be excellent opportunities to buy because the stock has maintained its long-term upward trend.

Canadian National Railway is essential to Canada. It has a railway network spanning about 32,000 kilometres, allowing the company to transport goods and unfinished goods across Canada and mid-America.

Canadian National Railway has remained very profitable throughout all parts of the cycle. In the last decade, the company achieved returns on equity of +17% every single year! Its earnings per share have increased at a double-digit rate in the long run, resulting in a 15-year dividend growth rate of 17.7%.

Needless to say, a long-term investment in Canadian National Railway has created enormous wealth for its shareholders. In the last 15 years or so, the company delivered returns of 17% per year.

Unfortunately, the stock is pretty fully valued now, which doesn’t mean that shareholders should sell. Canadian National Railway is a hold, and if it falls to the $100 level over the next 12 months, shareholders should consider adding to their positions in the long-term outperformer.

To succeed in stock investing, avoid losers and keep and add to your winners. If you follow these two simple rules, you should outperform the market and generate great wealth in the long run.