The Motley Fool Canada » Dividend Stocks » Is This Cheap Stock a Real Bargain?

My fellow colleague, David Jagielski, made a timely coverage on why SNC-Lavalin Group (TSX:SNC) stock had a huge drop of 27% at the end of January.

The company had a problem with one of its mining projects. The revenue could not be recognized for Q4 2018 anymore. Additionally, the costs associated with the project delivery increased substantially for the quarter. In other words, the project required more resources than expected and the company won’t be getting any returns on the project for now.

For 2018, SNC-Lavalin also expects the oil and gas segment to have lower revenue recognition, while some costs have already incurred on projects.

So, the market is expecting SNC-Lavalin to have weak results for Q4 and full year 2018. In anticipation of the lower expectations that will be reported next Friday, the stock has unperformed lately. 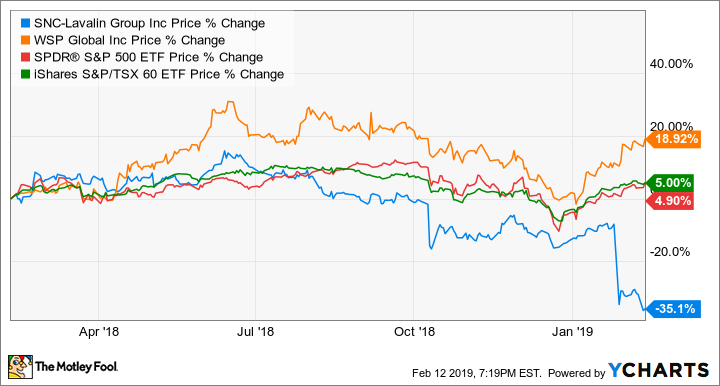 A past issue that’s weighing on the stock

You may recall that in 2012, SNC-Lavalin was found to have millions of missing funds, which led to the ouster of the SNC-Lavalin CEO at the time. In 2015, corruption charges against SNC-Lavalin was laid on the allegation of bribery in relation to Libyan construction projects going as far back as 2001. If convicted at trial, SNC-Lavalin will be banned from bidding on federal contracts for a decade.

SNC-Lavalin has been pushing for an agreement for years, which would effectively allow it to settle the issue with fines and corporate governance reform. Since 2012, SNC-Lavalin has changed senior leadership (at the board and management levels) and developed and built an ethics and compliance framework to incorporate integrity as a part of the company’s culture.

Right now, we don’t know which way this issue will go, and it continues to be a drag on the stock. In the worst case scenario, SNC-Lavalin’s business would be greatly impacted with the 10-year ban. In the best case scenario, the company will be allowed to pay hefty fines to let the past issue stay in the past forever.

Revenue not recognized in 2018 will eventually be recognized in the future. So, I believe this is a short-term issue. If SNC-Lavalin’s projects progress well and are managed and executed properly, it should lead to stronger future results — especially if there’s stronger demand in the oil and gas segment, which contributed 36% of 2017 revenue.

The bigger issue is that if SNC-Lavalin is found guilty of corruption, its business will be greatly affected by a 10-year ban from bidding on federal contracts.

Right now, Thomson Reuters has a mean 12-month target of $47.60 per share on SNC-Lavalin, which indicates that the stock has 38% near-term upside potential. Moreover, the stock offers a competitive yield, within the industry, of 3.35%. This yield is also the highest that the company has ever offered, a reminder that it’s facing company-specific issues other than macro issues.

Investors with a big appetite for risk might buy a small position in SNC-Lavalin for a trade, as it’s trading near its 10-year low.