While the market trades near its all-time high, here are two stocks that are trading at multi-year lows. Indeed, these oil and gas producers are clearly out of favour and have the potential to double your money in time.

The company posted a loss in the first quarter, but generated funds from operations of $0.53 per share and paid out about 28% as dividends. Additionally, the company is also investing in multi-year development projects to grow its liquids production. After accounting for capital spending for the quarter, there wasn’t enough cash flow to cover for the dividend as well. 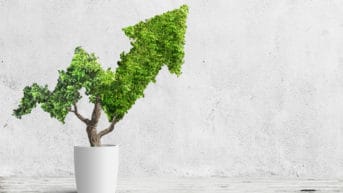 Because of low commodity prices, in June, management decided to reduce its capital spending by about 10% this year, which will improve the stock’s dividend coverage.

Currently, ARC Resources offers a monthly dividend of $0.05 per share, which equates to a yield of 9.7% at $6.18 per share. The high yield is caused by the share price having been in a downward trend since 2016.

Analysts have a $12.80 target on the stock, which represents the potential to double your money and specifically an upside of 107%.

Birchcliff Energy (TSX:BIR) is a natural gas-weighted producer with a production mix of about 78% gas. In the first quarter, Birchcliff produced 74,884 boe/d.

The company posted a profit in the first quarter. More importantly, it generated record adjusted funds flow of more than $116 million, which equated to $0.44 per share. This implies a payout ratio of only 6% of cash flows for the quarter.

Birchcliff estimates about 62% of adjusted funds flow will go to growth capital spending. So, there’s a good chance the dividend will at least be sustained. In fact, the company just increased its dividend by 5% in the first quarter.

Currently, Birchcliff offers a quarterly dividend of $0.02625 per share, which equates to a yield of 4% at $2.58 per share. This is a relatively high yield for the stock, which began paying a dividend in 2017 and has never cut it before.

Analysts have a $5.71 target on the stock, which represents the potential to double your money and specifically an upside of 121%.

Birchcliff offers a safer dividend than Arc Resources. However, both stocks can double your money as they trade at cheap cash flow multiples of about two times and 2.8 times, respectively. Patience needs to be exercised, though.