When it comes to material stocks, different investors have different preferences — some lean heavily towards gold stocks for their ability to provide a hedge against market crashes and inflation. Silver stocks can offer the same benefit, albeit on a smaller scale. More forward-looking investors favour battery metal companies and wait for the electric vehicle (EV) boom to gain more traction.

However, some other material stocks often fly under the radar but may have great potential, especially if the right market conditions are in place.

Uranium has been a coveted material ever since we realized its energy potential. And even though this potential was never fully realized, many countries in the world are waking up to the fact that uranium might be the best “transition fuel,” at least until we can go fully green. Companies like Cameco (TSX:CCO) may offer great returns when that happens.

This Saskatoon-based company is one of the largest producers of uranium worldwide. It has a stake in multiple uranium-producing assets in the world, and its licensed capacity is 30 million pounds a year. It has access to a massive reserve base — roughly 464 million pounds of high-grade uranium.

The uranium demand around the globe is expected to increase, as more countries start re-commissioning nuclear plants, increasing their current capacity, or start building new plants. When that happens, we may see a rise in the uranium prices, and the financials of Cameco may improve, towing this metals and mining stock in the upward direction as well.

In its current form, graphene is more of a promise than a commercially viable material. It’s quite challenging to produce in quantities large enough for industrial applications, but that might only be a matter of time. As the best-known conductor and the fact that it’s 200 times stronger than steel while being six times lighter, its industrial applications are virtually limitless.

This makes companies like NanoXplore (TSX:GRA) a promising investment, as it is ahead of the curve when it comes to graphene. NanoXplore makes high-volume graphene powders for various industrial clients across the globe. And it already has multiple use cases.

The stock has gone through multiple growth phases since its inception, and the most recent one saw its value rise over 400% in less than two years. Currently, the stock is trading relatively near its pre-pandemic level, making it attractive enough to buy.

And if there is a breakthrough in graphene production that allows the company to produce more powder or graphene in a better form for industrial uses, it may see its value rise at a rapid pace.

Even though Cameco is among the blue-chip stocks in Canada and NanoXplore is an underdog, both are currently in the same boat. They need the right market conditions to explode from their current average performance and start delivering on their potential. 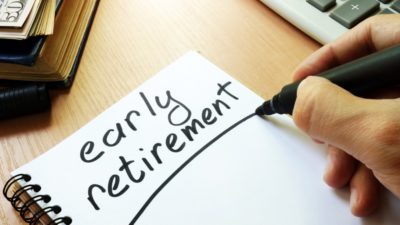